The biggest UK fashion houses by market capitalisation, according to Statista, is the Burberry Group plc. The luxury fashion company is valued over $12.33 billion dollars. Burberry sells its products through retail and wholesale channel, retail sales accounted for 77% of revenue compared to 22% from wholesale.

Fast-fashion retailer Next Plc is the second largest fashion company in the United Kingdom, based on its market value of 7.16 billion pounds. Next is mostly active in retail market in the UK, where it makes most of its 4.0 billion pound of annual sales. Only a small part, 2 percent, of Next’s’ revenue comes from international retail.

Retail giant Marks & Spencer is number 3 in the Top 10 largest fashion companies in the UK. It is currently valued over 7 billion pounds and has annual sales of 10.3 billion pounds. Whereas its UK food division is ever expanding, Marks and Spencer’s fashion and UK general merchandise sales have been declining in the past years.The UK still accounts for 89 percent of the total sales, although its international presence is increasing, especially in food. Because of the declining fashion and general merchandise sale Marks and Spencer is facing a continuous downfall in market value.

With a market value of 6.2 billion dollar ASOS is fourth largest company in the UK and has annual sales of 1.8 billion pounds. The ASOS online fashion store sells over 850 brands as well as its own range of clothing and accessories. International retail sales for ASOS accounted for almost 63% of total retail sales.

Turning around Burberry: The ups and downs

CEO Marco Gobbetti’s turnaround plan to reposition the British brand as a true luxury label is taking longer than planned. Here’s why.

Turning around Burberry is taking longer than planned, despite navigating the Xinjiang cotton scandal with “limited” impact. The shares fell as much as 8.9 per cent in London trading on Thursday.

Chief executive officer Marco Gobbetti is three years into his plan to elevate the UK’s largest luxury brand to a true luxury player with creative director Riccardo Tisci, but today, at a point when accelerating growth was expected, the brand lowered forecasts to “mid-single-digit” sales gains for this year, as it offers fewer markdowns. The aim is for high single-digit revenue growth in the medium-term.

“In a turnaround, you cannot delay [delivery] everyday; there is a point in which the market loses faith,” says Zuzanna Pusz, head of European luxury goods, executive director at ‎UBS. “What investors were expecting from a potential FY 2022 outlook was higher.”

After a challenging year with 18 per cent of stores closed and the high-profile loss of Chinese brand ambassadors and Chinese tech giant Tencent dropping its partnership on the Honor of Kings game, the British brand reported an 11 per cent decline in revenue to £2.34 billion in fiscal 2021. A “strong rebound” from December, with fourth quarter ended March sales ahead 32 per cent, and double-digit gains both in Asia-Pacific and the Americas, wasn’t enough to placate investors.

The same-store sales in the fourth quarter fell 5 per cent versus pre-pandemic levels in 2019, concerning analysts expecting something aligned to larger rivals LVMH, Kering and Hermès, who have all reported strong sales gains this year. LVMH fashion and leather goods division climbing 52 per cent in the first quarter of 2021.

“Luxury goods stocks trade on organic growth — first and foremost — and on this front, there clearly remains more to do, despite the milestones achieved so far,” says Luca Solca, luxury analyst at Bernstein. “Investors’ expectations — and the resulting share price buoyancy on the back of strong peer updates and the market “willingness to believe” — seem to be reconciling with this cold fact today. Once more, we see self-help stories behave in a yo-yo fashion.”

Burberry is working to sell more clothing at full price as part of its brand elevation. On this measure, product sales not on discount rose 7 per cent in the full year and 63 per cent in the final quarter. The British brand announced a reduction in markdowns in mainline stores in November to capitalise on returning customers, which will continue in 2022.

“We believe full-price sales are the best parameters of the underlying brand strategy, and we are encouraged by the improving performance,” said chief financial and operating officer Julie Brown in a call with analysts.

Burberry is also considering higher prices, with Gobbetti calling out leather goods, outerwear, ready-to-wear and footwear as categories with traction that could benefit from price hikes. Upgrading stores and adding new digital partnerships are also on the agenda.

For Pusz, however, the brand is still lacking momentum.

“Without the topline growth driven by pricing power and brand momentum, you cannot reach high margins, it is as simple as that,” she says. Since 2016 the company has had a roughly unchanged profit margin (between 16 and 17 per cent), while others in the industry have been expanding margins to historical heights, she added

“The next stage is seeing how far management is planning to continue this strategy.”

Gobbetti, however, is positive about the brand’s turnaround, citing external consumer research confirming that Burberry is now “firmly considered as luxury. Today, Burberry is a highly relevant brand that all luxury consumers know and consider.” 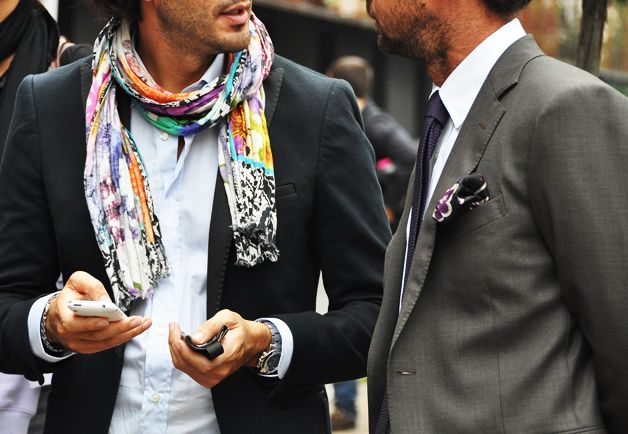 Reducing your rate of return (RoR)