The top 50 wines of DWWA 2022. The 0.27% of entries awarded Best in Show at this year’s Decanter World Wine Awards reflect the inspiring world of wine and quest for quality among winemakers globally, with 50 wines expressing the best of their categories.

An all-time record for wines tasted at the world’s largest wine competition, it’s quite possible that Decanter World Wine Awards 2022 marks the largest-ever wine competition to be held in history. And of the record-breaking 18,244 wines tasted, just 50 were awarded the competition’s top accolade – Best in Show.

‘By the time a wine comes to be considered for Best in Show it’s already come through its panel as a Gold, and it’s come through the second judging week where we find our Platinums. It’s already Gold to Platinum so it’s a super wine’, said DWWA Co-Chair Andrew Jefford.

Of the competition’s top 50 wines, nine were awarded top Value – wines with a retail value under £15 (prices are confirmed ahead of results being published, but subject to change).

The aim is to enable consumers to calibrate what they can actually get ahold of to their own budget, so wines are awarded with quality versus price a factor from Value through to Icon (£50+) wines, ensuing that whether its a Value Best in Show at £14 or Best in Show wine at £60, the wine will be of exceptional quality for its price.

This year Value Best in Show medals were awarded to:

New World wine regions impressed with close to half of the competition’s top accolade awarded to wines from Argentina, Australia, Canada, Chile, New Zealand, South Africa, the UK and the US – up more than 50% compared to 2021 results.

But it was France that once again dominated with 10 wines making the top 50 list – five of these wines were from Bordeaux, including two Value wines and top marks for Château Haut Breton Larigaudière, Le Créateur, Margaux 2020, Glaude Danivet, Saint-Emilion Grand Cru 2020 and Château Laville, Sauternes 2019.

The top-performing nation also saw a first Best in Show medal for Beaujolais and a win for lesser-known Jurançon in Southwest France for Domaine Cauhapé’s Quintessence du Petit Manseng 2017. The judges praised this wine saying, ‘One sniff of this, with its layers of lemon, frangipane and gardenia, will stop you in your tracks.’

Elsewhere in Europe, Italy was awarded nine Best in Show medals, with Tuscany awarded almost half of these, and Spain close behind with five medals, including a 2011 Catalonian sparkling wine for Albet i Noya’s El Corral Cremat Brut Nature, Penedès 2011.

The judges note: ‘The Catalonian sparkling-wine scene is in full ferment at present, with a huge range of ground-breaking wines finding their way to market. This wine is mouth-filling, dry and structured, as perfumed on the tongue as it is in the glass, and ideally suited not only as a head-turning aperitif but for mealtime use, too.’

By dint of recent entries to DWWA, Switzerland is making a name for itself on the top 50 list with a Best in Show medal for a third year running – this year to Domaines Rouvinez’s Coeur de Domaine, Valais 2019.

‘The secret is slowly seeping out that some of Europe’s finest, subtlest, most intricately crafted and most quietly satisfying white wine blends come into being in the Alpine valleys of Valais and elsewhere’ the judges commented, and this remarkable wine is one of them.

In Portugal, the Douro region saw success for its powerful reds produced with classic varieties including top marks for an exuberant red table wine and, on the other end of the spectrum, a Vintage Port from the magnificent 2017 vintage for Agri-Roncão’s ‘Dr’.

Back in the New World, Argentina and Chile enjoyed standout success with both countries receiving best-ever results for top medals awarded, including four Best in Show wins for Argentina and two for Chile.

New Zealand, too, saw its best-ever performance in the top 50 list with four wines receiving this prestigious accolade from Marlborough, Hawke’s Bay and Central Otago.

But it was Australia that received the most Best in Show medals from the New World with six wines awarded, including an impressive two to Barossa-based Sons of Eden for both its 2019 Romulus and Remus Old Vine Shiraz wines from Barossa Valley and Eden Valley respectively.

South Africa had its best showing since 2017 with two Best in Show medals awarded to wines from Stellenbosch for Ken Forrester’s Old Vine Reserve Chenin Blanc 2021 and KWV’s The Mentors Cabernet Franc 2019.

Canada, the US and the UK received one Best in Show medal each for classic regional wines of outstanding quality including a Riesling from Niagara Peninsula, Cabernet Sauvignon from Napa Valley and sparkling wine from Hampshire.

Commenting on the results, Co-Chair Ronan Sayburn MS said, ‘These wines have been through a lot of hands, and palates, to get to that level where it’s got a sticker on it – whether that’s a Bronze, a Silver, a Gold, Platinum or Best in Show. A lot of people who work in the wine business, that know a lot about wine, taste these and really give them a thumbs up through many different levels, so if it gets to the point that it’s a Best in Show, it really is the best of the best.’

Co-Chair Michael Hill Smith MW, added ‘The medals are saying: these are wines that have done really well in the most important wine competition in the world.’

See below for the full list of DWWA 2022 Best in Show medal winners.

For more articles on selling wines DTC we have  huge selection here. How to sell wine online 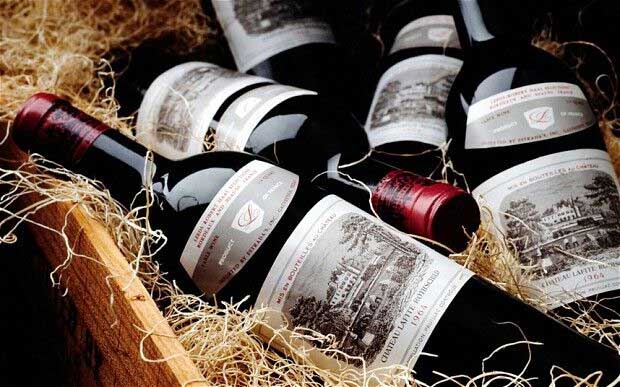